Binarism and the Loss of Nuance 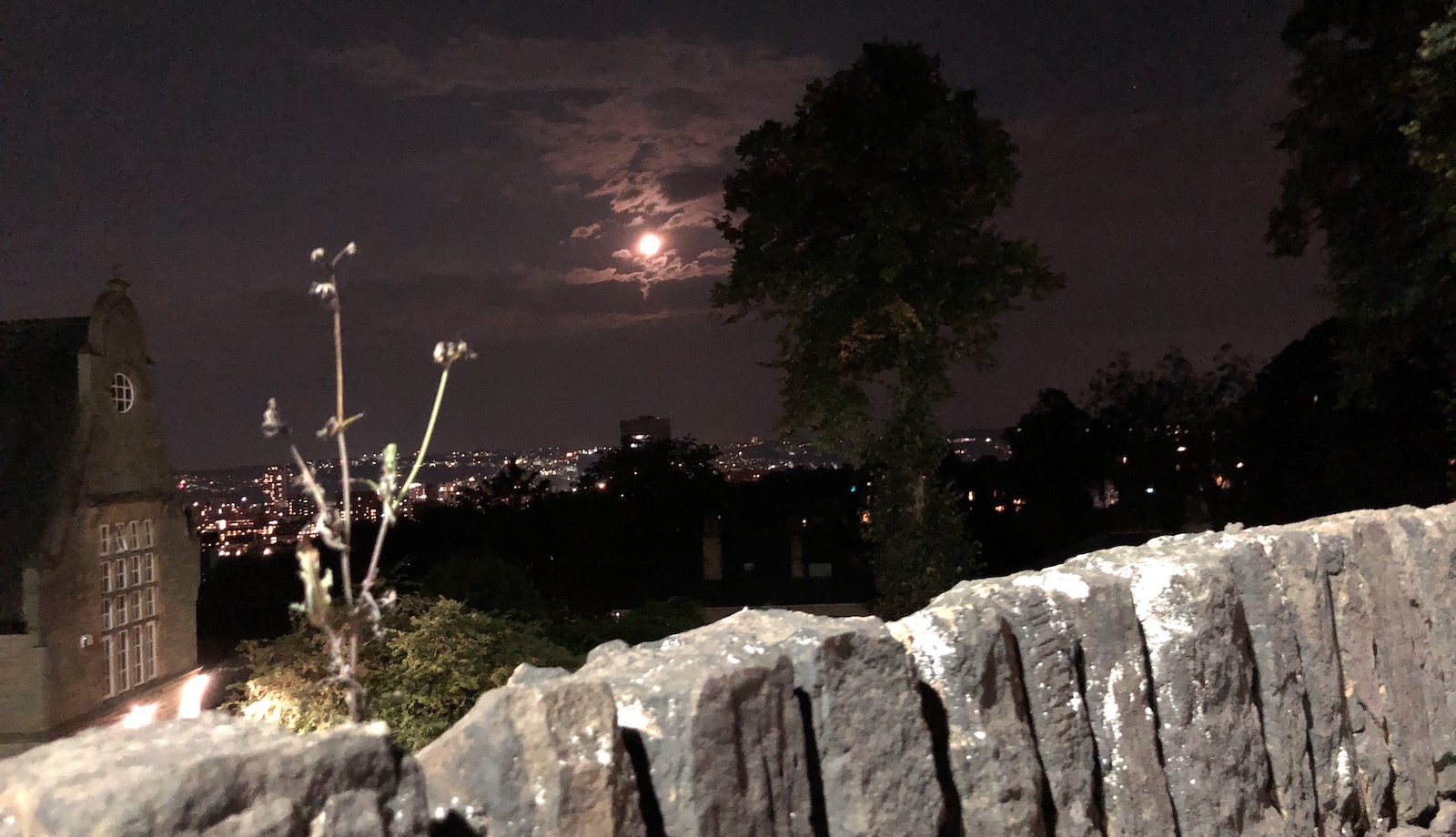 A thing can be a thing and also not a thing, you know. — Daniel José Older

I barely read the news, and never the entertainment news, so I found out about Elliot Page's transition only recently by chancing on a social media post written by a disgruntled gender-fluid person who claims to have been let down by Page, that he had sold out to the patriarchy and was reinforcing the binary gender stereotype that gender-fluid people would like to overcome. Whether this criticism was fair, or even accurate I can't say, but I found it interesting, and unexpected. In Page's own reflection after his transition he said he anticipated, "...a lot of support and love and a massive amount of hatred and transphobia...and that's essentially what happened."1 It seems odd to accuse gender-fluid/non-binary people of transphobia, but that's rather the point of the criticism I imagine: the gender-identity space has been taken over by the trans community, where the entire focus of gender-identity has been narrowed down to male-to-female or female-to-male transition. Those wishing to abandon all gender labels, to live freely exactly as who they are, happily holding the space in between the male/female dichotomy are being marginalised, and largely ignored.

The focus of the community and its supporters is on transgenderism—i.e. on transition, indeed the whole movement is named for it. But if you identify neither as male nor female, are fine with that, and have no desire to transition to something else, then technically you are not a trans person at all—rather a label-discarder. I always thought that an essential aspect of the gender-identity movement was that it was a confrontation to orthodoxy. It isn't that though if people are expected to transition and become one of the two orthodox options: male or female. It then becomes more of a movement to uphold the status quo, as we can witness by what's been happening for several years now in Iran.2

To criticise the emphasis on transition and the demands made by its proponents may not be transphobia at all but something more like orthodoxy confrontation. To call it transphobia may actually indicate another kind of fear, something I'd term nuancephobia: the fear of conflicting ideas and paradox. We seem to have lost the ability to comfortably embrace opposites, preferring instead a hard divide, a black and white reality with no shades of grey. Life is much easier that way, and gives us permission to slap negative labels (and hashtags) on all those who think differently to us. But if we allow for grey areas without getting upset, indignant and violent we might be able to embrace a wider range of possibilities. For instance, perhaps hard-core feminists like Germaine Greer, and soft-core feminists like J.K. Rowling are not transphobic at all, but patriarch-phobic. Their critics are certainly nuance-phobic: judgment and reactionary monologue being the most common responses.

Feminism is the counter culture to patriarchy. It is not matriarchy, but something better described as synarchy, joint sovereignty, or egalitarianism. Feminists are not seeking some kind of Animal Farm take-over of power, but something more like a distribution of power (or maybe an elimination of oppressive power). What some feminists see in the more vocal contingent of the trans movement is trans women (i.e. women born and raised as men) taking over women's space, and from that it is reasonable to abstract upwards and see a cynical attempt by the patriarchy to further oppress women. I can understand that position, and sympathise with it.

A man may feel like a woman, may have always felt like a woman, may have the brain of a woman,3 may identify as a woman and even transition to physically become a woman, but being raised a boy, a man, they can never know the experience of being raised a girl, a woman in a patriarchal world. Trans women are women in every respect, except the political one. Women's space was created for those raised as women to share their experience of exactly that. It is understandable they don't want that sacred space invaded by anyone raised as a man, no matter how they identify now.4

When I heard Alex Drummond saying "I'm widening the bandwidth of how to be a woman."5 I balk. Does a person born a man, raised a man in a man's world, and generally having the appearance of a man get to redefine "women"? Apparently yes, and few are brave enough to confront such a statement for fear of vitriolic, anonymous hate-tweets. Yes, many women are uncomfortable with this movement, perhaps especially with the suddenness of it, and how it has captured the mainstream liberal agenda so completely—some of us men are too—and quite fairly some raise objections.6 These are met not with dialogue, not with compassion, but with shaming and cancelling.

The world has become binary. If you don't whole-heartedly support the entire trans agenda then you must be in opposition, transphobic, a hater, or the ultimate insult for women-born-as-women, a TERF. These days we who ask questions are not even given the honour of being thought ignorant. No, it's go directly to Cancel, do not pass Go, do not collect $200. By silencing the voice of opposition (fast becoming the minority voice in this particular debate) we push it underground, forcing it to rise only in anonymity, a shout from the window of a passing car, un-nuanced, thoughtless, violent and reactionary.

This is not limited to the trans question, of course. We see the same problem of binarism in the world of medicine, particularly vaccinations. If you ask a question, or have a doubt, you are immediately labelled "antivax" and cast into the pit of conspiracy theorists. What has happened to us as a people? We have lost nuance, that's what: we have become nuacephobic. Today there are only two positions in any conversation on any issue: right or wrong. That's it. No room for doubt or questions, no room for exploratory conversation, no room for listening. Our mouths are big, our ears are small, our eyes are blinkered.

The gender-vague critic of Elliot Page is like a modern day prophet. Gender is not just male/female they claim. Open your eyes, your minds. Be who you are, not who the patriarchy would have you be. Binarism is killing thought, eliminating detail, undermining intelligence. By engaging in the current trend to virtue-signal from one side of our mouths and cancel on the other we are propagating this mindless, soul-destroying division. Let's not forget that the ruling powers like nothing more than a divided citizenship. While we are fighting one another over these binary extremes we are not paying attention to what really matters. The world is dying and its citizens, in some sort of collective trance state, are hating each other on twitter.

The space in between the extremes is vast, unchartered (or once-chartered now forgotten) territory that may offer us beautiful opportunities to re/connect, and to appreciate, even love one another. We need to snap out of our collective trance though, to even start the journey.

1 Elliot Page Is Ready for This Moment, Time Magazine, 16/03/2021
2 The gay people pushed to change their gender, by Ali Hamedani, BBC Persia 5/11/2014, and Gay people forced to undergo gender reassignment surgery in Iran, Pink News, 22/02/2020
3 Transgender brains are more like their desired gender from an early age, Science Daily, 24/05/2018; or for a quicker read Research on the Transgender Brain: What You Should Know, Cleveland Clinic, 27/03/2019
4 I don't doubt, nor deny that transgender people have their own political struggle. They do, but it is not the same struggle. It is as valid, and as important, but it isn't the same.
5 Patchwork: Alex/Transgender UK, All About Trans, 22/07/2015 6 How I became a Trans Rights Activist – then turned "Gender Critical", Uncommon Ground Media, 19/01/2021

I have recreated many of my workshops as dynamic, learn-from-home experiences. The full list of workshops is available here. The afternoon/evening sessions are USA-friendly.

As always, pricing for all workshops is tiered according to income. Use the code news10 to receive an additional 10% discount for any online event.