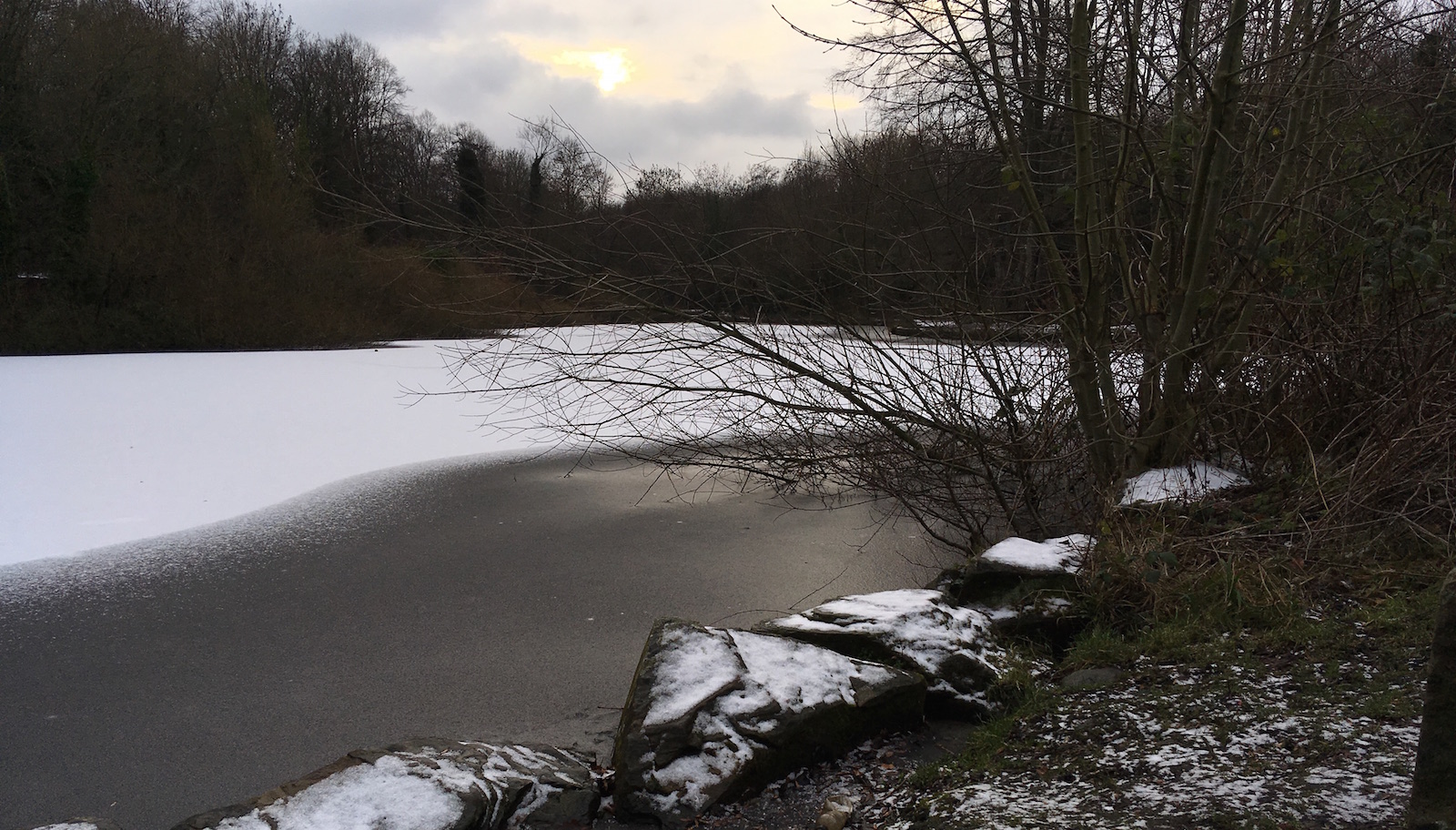 "Be like the fox
who makes more tracks than necessary,
some in the wrong direction."
— Wendell Berry

I was planning to write about dignity this month, and about connection. I made a few false starts and then I was waylaid by the Wendell Berry line, quoted above, from his wonderfully-titled poem, Manifesto: The Mad Farmer Liberation Front. It rather described my monthly process in writing these newsletters—and many other aspects of my life! I decided to let go of the plan, and wend my way down this new path. The name Wendell, after all, derives from the German verb, to wander. And I digress.

A well-wrought poem, like an oft-told tale, or a work of visual beauty will touch us in a very personal way, sometimes in a way not at all intended by the creator. Once the artist releases his art into the world, he releases all control, all ownership. The work belongs then, to the perceiver. It may be this newsletter is still about dignity, but not as intended. It is now about the celebration of inefficiency, the glorious time we spend not doing the things we think we ought to be doing, the vague wanderings of the mind and even the body, traversing from room to room, place to place, forgetting why or for what. And if this is not your experience, just know that it is mine, and enjoy the displacement.

I work among a community of people, schooled in 'Lean' process whose aim is efficiency and productivity, and whose main threat to this ideal is waste—muda. Muda means futility, uselessness, wastefulness. Reducing muda is the recommended way to increase production and thus profitability.

I say I work among such people, because I am not one of them. I was never thus schooled, and my own tendency is to procrastinate, engage in meaningless activities, dawdle, distract and be distracted, meander in thinking and in action, and generally not get much done. Like the fox, I make a lot of tracks, but I'm more often hungry than sated.

Our culture doesn't tolerate concepts such as uselessness, futility, impracticality or idealism. Indeed we treat such ideas as the enemy. If something doesn't have an immediate and practical purpose it is considered a waste of time. Look at the history of painting, drama, dance, poetry, religion and philosophy in our public schools: the teaching of the humanities has dwindled to almost nothing. Universities are becoming increasingly 'vocational'. Children as young as four, even three, are chided by teachers for day-dreaming, not listening, being distracted. We even have a diagnosis for distraction now: ADHD. The disorder though is not distraction, it is Being Impractical.

I'd like to put a case forward, not for tolerating such concepts, but actually for celebrating them. We like talking about 'balanced lives'. What if a balanced life was half action and half inaction? Or half intent and half distraction. How would that look? How would it feel? Imagine long moments of stillness, hours of quiet contemplation, no urgency. Or imagine meandering, letting one idea lead to another, without plan, without intent, without goal or outcome—and being okay with that. Perhaps attention surplus is just as much a disorder as attention deficit.

My problem is not that I am distracted, forgetful, and inefficient, it is that I have a sense of guilt for being that way. Like all of us, I'm domesticated and cultured to believe this is not acceptable. It's only moments like this one, when I actually look with an observer's eye, that I see how I am exactly part of the problem. My guilt perpetuates the 'doing' myth. Once again, not big enough. So here's my Big Plan for February: Create enormous nothingness, and get lost. I don't know what that looks like, but I invite you to join me. Come, waste some life.

In closing this piece, I'll bring you back to the fox, which in the context of the whole poem is actually a metaphor for civil disobedience, for unpredictability, for personal freedom. But rather than continue with my personal interpretations I offer you the full poem so you can absorb it in your own way. And thank you to Guy Singh-Watson of Riverford who alerted me to Wendell Berry through his own doorstep-delivered newsletter.

This month's photograph was taken at Rivelin Valley, in Sheffield, on 1st February, the first day the still waters froze, and the day Rayna and I celebrated six years of marriage. Our family finally moved to our new home on 20th January. We are situated about 30 minutes' walk from the city centre, and about fifteen minutes' walk from Rivelin Valley, at the edge of the Peak District. Rather perfect. Our house is still in need of improvement, but with a new bathroom, re-plastered and painted walls, sanded floors, and a functional cooker it is fit to dwell, and already feels like home. Having two kittens helps complete the picture. January was arriving. February will be unravelling. Perhaps March will be resting. We'll see.

February, y mis bach, that annoying, cold little month where everything is dead, and everyone just wants it gone so March can appear, and new life can begin. But February matters. Its name derives from februum, the Latin term for purification. Think of it this way, without February we'd arrive in the spring, stagnant and impure. So enjoy your cleansing. And stay warm :)