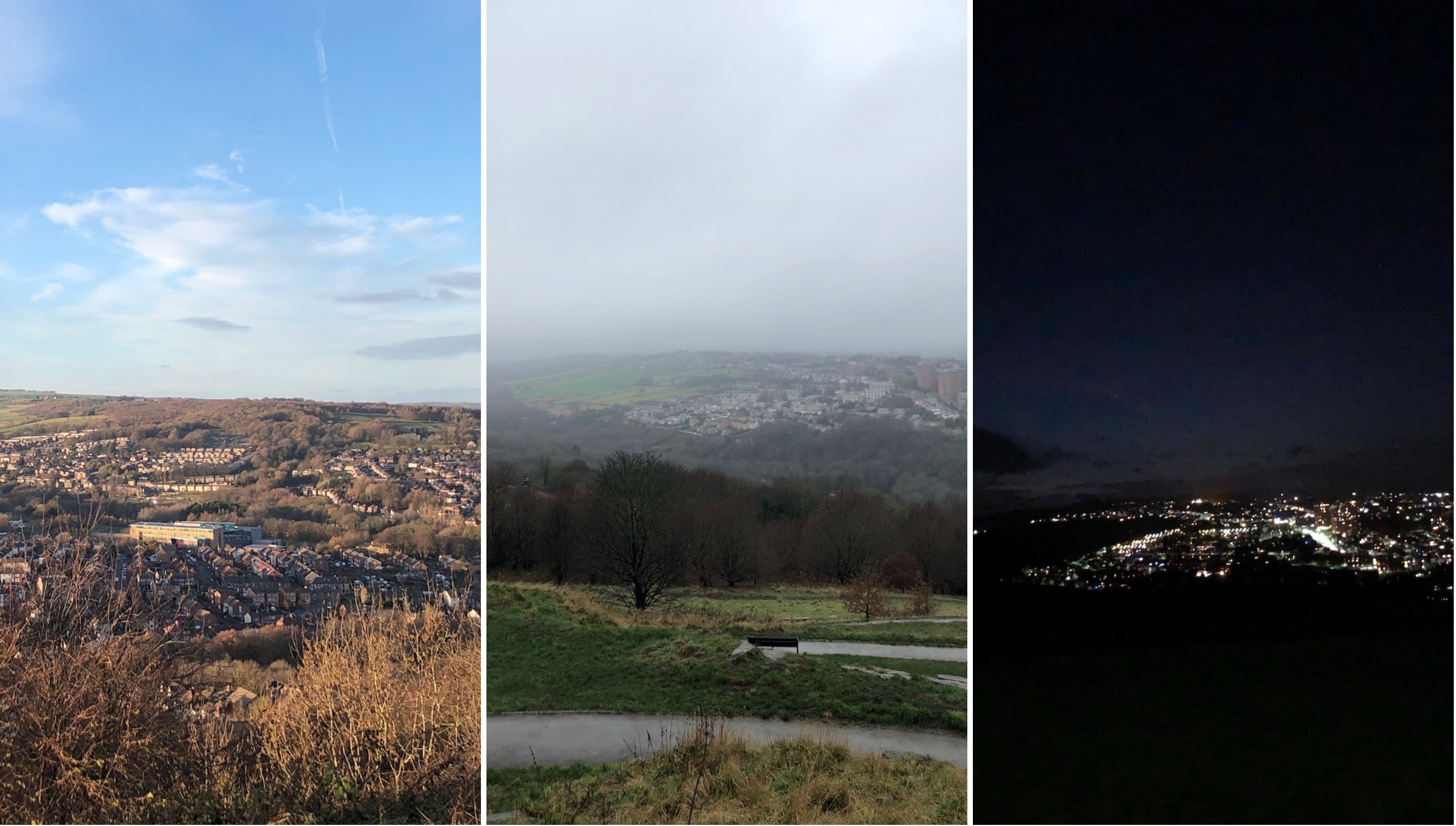 The opening lines to Dickens' novel of 162 years ago so clearly encapsulate both the politics and the day to day life of 2021 that it is difficult to know what to add. I suppose all I have to offer is my personal experience of this, so let me start there and see what emerges.

It is the morning of 31st December as I write this. I have just now completed, and posted my 365th reflection on the Bible, which today, inevitably, focused on the final verses of Revelation, the final book of the collection. Tomorrow I begin recording the audio versions of each of these posts. I shall send you the first one. If you like it you can subscribe to daily updates, and if not simply read, listen or ignore, and move on. Completing this work represents one of my best of times for 2021. This was a commitment to discipline as much as a commitment to literature. I'm amazed I stayed on track and completed what I set out to complete.

A second project started at the beginning of the year, a whole-family commitment to draw everyday survived for only five months before fizzling out. A change of lifestyle from home education to full time school essentially put an end to this. Our priorities changed. On the positive side, we kept it up every day for 132 days, each of us becoming a better artist day by day. This was certainly not a worst of times. It was a best of times for five months and then it was nothing at all. Perhaps another year we'll revive it. I consider it a project on hold.

Worse things occurred in 2021. Against my better judgment we acquired a dog who disrupted our lives, caused me emotional and physical pain, created rifts between Rayna and I, seriously distressed one of our cats, and finally had to be re-homed. This was a sad, out-of-integrity episode, a terrible decision on my part, and the less said about it the better. I had never wanted a dog, did not want this dog, and will certainly never want one in the future. Those eight months were one of the worst of times, with some of the fallout still apparent.

It may or may not be connected (I think it is, but that's intuition rather than evidence) but the sciatica I developed in my left leg in March which stopped me running, caused me to lose control of the nerves and muscles of my foot, to limp, to be in great pain, and to become addicted to opiate pain killers was a result of my misaligned integrity. Mind and body are intimately connected, and our bodies often express metaphorically what is going on mentally. I was out of alignment with my values, and my body expressed that misalignment—big time. It was the worst of times, and it drags on, now crossing the boundary into 2022. I have work to do to realign with life, to rise above the physical damage, to feel whole again, maybe even to run again.

In 2021 I worked very little, falling into tax debt. Our roof needs replacing before next winter and we are broke. We all caught covid at the end of the year, having to isolate for ten days. The coughs linger on. My little sister is dying of cancer. I haven't been able to visit, and have barely seen her for a year—in fact the one time we were together was at the funeral of a 25-year-old friend. It is the worst of times.

But also in the past 365 days I learned to play the guitar. Now I can play well enough to strum chords, pick out tunes and sing songs to my family. I discovered my voice. Playing music like this is something I've always wanted to be able to do, but never felt capable, never worthy. It took lockdown to make this happen. Rayna qualified as a human givens therapist this year, cultivated local friendships, became a beer aficionado, and learnt to knit. The girls started attending a faith school, making new friends, and becoming avid readers. It is the best of times.

Moving from the personal to the political, it is the season of Light, it is the season of Darkness, the spring of hope, the winter of despair. While Australia interns the ill and non-compliant in isolation camps,1 while Austria mandates vaccines and bans its citizens from going anywhere or doing anything if they don't comply,2 and while what remains of the left-wing political parties across the world become more and more totalitarian, I find myself, with great incredulity, identifying with those right-wing radicals and libertarians who still seem to value personal freedom. This is not who I am, I thought. I was always a hard-core socialist, a life-long Labour voter. I feel seriously let down by the left, who seem to have wandered into mainstream media land, alongside the conservatives and liberal democrats. They are now all one big Joe Bidenesque party, bullying their way to world domination through draconian measures of control, fear-mongering, terrorism and the crushing of individual spirits. I am not alone with this sense of abandonment.3 Compliance is the only thing that counts now. There are few voices raised in opposition, and those few are shouted down as crazy conspiracy theorists. Politically, it truly is the worst of times. There is no listening, no seeking to understand, and zero tolerance for difference.

It is the epoch of belief alright, but interestingly it is not the traditionally religious who are the believers. Quite the opposite. It is the secular majority, the ones who put their trust in the state—the capitalist state to be precise. The Gods worshipped by the secularists include doctors and capital 'S' Scientists, especially those acting as government advisors, who are cited with absolute conviction in the same way a Jew or Christian might cite the ten commandments. Other secularists worship money more directly, through the idolisation of billionaires, internet and press barons, television and media platform controllers, company owners, bankers, pharmaceutical magnates and their puppet politicians. All are manipulators of minds, people who tell us what to believe and how to behave. The few forming the resistance, the incredulous ones, are almost exclusively self-proclaimed Christians, many to the far right of the politically right wing.

Wings is an interesting metaphor. Left wing, right wing, they seem as far apart as they can be. But just as if you travel far enough away from a fixed point on earth, you'll arrive back at that point, so too perhaps if we go to the far extreme on one of the political wings we'll find ourselves touching the tip of the other wing as both arch upward in flight. Politics, like space, is curved. My extreme leftist bias finds me curiously close to those with an extreme rightist bias. We meet in that space called compassionate anarchy. Anarchists are not against government, they are against coercive government—and they are for personal autonomy and freedom of choice. Big difference.

With the Biden/Clinton/Starmer middle-of-the-road, liberal, safe approach to socialism and democracy I fear we are doomed to a life of coercion, control and domination, and a slew of mandates taking away our rights over our own decisions, even our own bodies. If I sound skeptical, then good. I am. I am incredulous that so many are dumbly, blindly accepting what is happening to them in the name of "safety". But I wrote about all of this in my Lockdown Letters of 2020. Little has changed for the better, much for the worse, but I'd rather not dwell on it here. The one glimmer of light in the UK is Boris Johnson's utter incompetent dithering, which means that lockdown decisions are being made at the last minute, or not at all. Good news for those of us who are increasingly incredulous about the whole narrative, and would love to have the country drop its facade of "safety" and "saving lives". It's time to wake up, and grow up; time to take responsibility and discard dependence; time to put aside fear and learn how to love again.

My word of the year for 2022 will be Awake.4 Not woke—absolutely not that! It will be awake as described in the gospel of Mark: be prepared, watch, listen, know when to wait, when to act, don't be caught napping, don't be fooled, be ready for whatever occurs. Expect the unexpected. Embrace the mystery.

And sing! Here's Robert Burns to charm you into the new year...

And surely ye'll be your pint stowp!
And surely I'll be mine!
And we'll tak a cup o' kindness yet,
For auld lang syne.

And that's it for 2021. I wish you a January of wide-eyed awe and amazement, and a year of freedom, release, regained autonomy and of course, great love in whatever form you choose to receive it. Until soon,
Tobias

1 e.g. Australian Covid Quarantine Camps: Is THIS The Future?? by Russell Brand & Inside Australia's Covid internment camp, Hayley Hodgson, 26, moved to Darwin from Melbourne to escape the never-ending lockdowns—only to find herself locked up in a Covid Internment Camp without even having the virus.
2 Austria is showing that vaccine mandates are no longer unthinkable, The Guardian
3 "I don't consider myself as having left the Left; it is more a feeling of having been abandoned by the Left." — Charles Eisenstein, Leaving the Left for Liberty
4 My word of the year for 2021 was Moment, for 2020 Less and for 2019 Big. It's good to have a word to focus on for the year. I thank my friend Surya for the idea.

I have recreated many of my workshops as dynamic, learn-from-home experiences. The full list of workshops is available here. The afternoon/evening sessions are USA-friendly.
Events marked * are free

As always, pricing for all workshops is tiered according to income. Use the code news10 to receive an additional 10% discount for any online event.

My final thirty-one KJV365 daily reflections for 2021 are from the books of James, 1 Peter, 2 Peter, 1 John, 2 John, 3 John, Jude & Revelation. Starting tomorrow I'll be recording daily audio versions of each reflection. Consider subscribing to start your day on a thoughtful note.